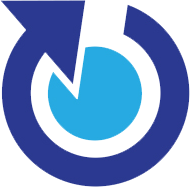 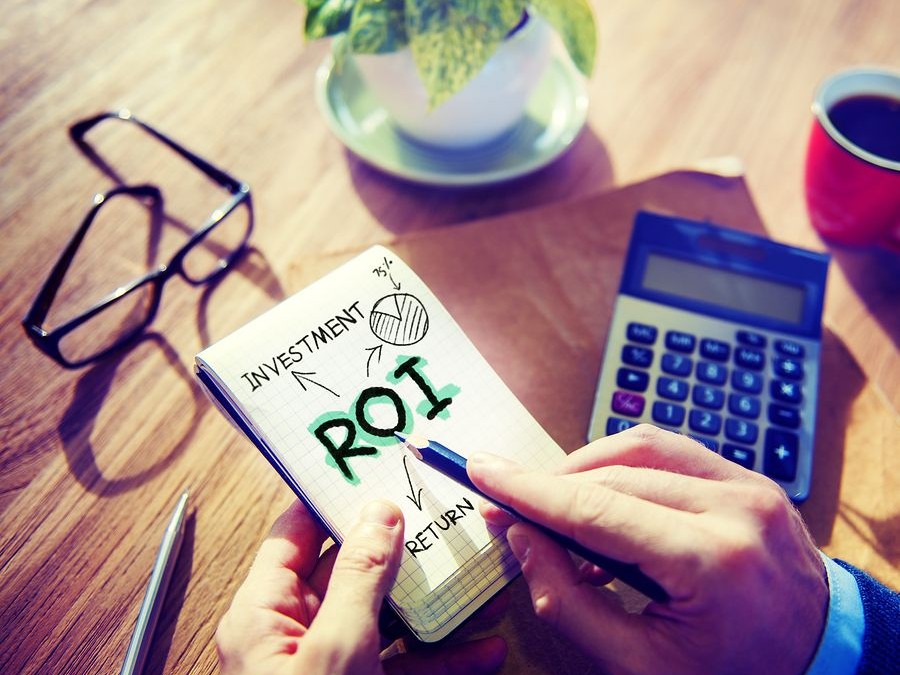 When someone asks us what we do, a lot of the time we will simply answer “We manage a company’s Google assets”.

The reason why we answer this way is that Google accounts for roughly 83% of all search activity on the internet.  When a search engine has that kind of monopoly – and when it comes to local maps, pay per click, or just plain old search engine optimization “SEO” – the other search engines (the ones that aren’t as dominant as Google) don’t really matter that much.

To put this form of thinking into a question – if you were going to put an effort into doing better on a search engine – where would you start?  If you answered “Google” then you’re getting it.  Start by managing your Google assets, then and only after then, focus on everything else.

Ok, so now where “Google Assets” can involve Website Optimization (aka “SEO Services”) and Pay Per Click Management (aka “Google Adwords” “PPC”, or “SEM”) we want to specifically address the benefit, or one method of calculating ROI for “Google Maps”.

First off, “Google Maps” is an old term for what Google now calls this section of Google’s search results as “Google +” or “Google Plus”.    Before that it was called “Google Places” – and somewhere in between it was called “Google My Business”. Confused?  You should be, Google has made hundreds of changes, small and large, to what we will refer to in this post as “Google Maps”.

As you are probably aware – a lot of our customers get a lot of phone calls and/or “walk-in” visits from their Google Maps search activity.    Google Maps is the area on a search page when Google chooses to show a map, with map pins, and 1-7 local businesses in the “pack” section of a local “SERP” (Search Engine Results Page).  Due to the success of Google Maps in providing phone calls, leads, and ultimately SALES to companies – these same companies have learned that it is now a priority to be on the first page “7-pack” or “3-pack” of Google’s local SERP’s.  Optimizing a companies Google Maps listing, website, and web data has been a specialty of PICS since 2008.  We were one of the first SEO firms in the country (USA and Canada) to understand the power of Google Maps.

Over the years, a common question we get asked repeatedly is – is “how do you measure the ROI (Return on Investment) from a Google Maps listing?”

To do this best, we will use an example of a company we will call “Company A”.

Below are “Company A’s” statistics taken from inside their Google Maps dashboard:

In the last 90 days, this company’s Google (local) maps listing had 3,863 Search Views, 432 “profile views”, and 179 “clicks for phone calls”.  Ignoring “total search views” and using a Google Adwords “Pay Per Click” average of $0.50 per click cost for “profile views”, and $1.00 per click for clicks “Clicks to Website” and “Clicks for Phone Calls” – the visibility “Company A” received in the last 90 days is comparably (vs. PPC) worth approximately $566 (432 x $0.50; plus 179+171).  Over 90 days the monthly value is worth approximately $189 per month in comparable PPC traffic.   Again, these figures are derived from comparing traffic – if Company A was forced to purchase similar traffic on Google Adwords (aka “Pay Per Click” or “PPC”).  Additionally in this example – and in addition to PPC click costs – our customers experience costs from PICS of roughly $100 per month.

Using the comparison of click value (compared to PPC) of the Google Maps clicks – a monthly estimated additional traffic benefit of $89 per month is calculated.  If you roughly calculate the “net monthly ROI” the resulting figure would be considered very attractive.

Drilling even deeper into the importance of Google Maps “asset management” – did you know that a 1-3 position on Google Adwords in a competitive industry, can often be worth $2 to $3 or more per click?  We’ve even seen PPC “per click” costs of $10 or more per click!  It goes without saying, the benefit from additional Google Maps traffic (vs. paying for traffic on PPC) can be even more dramatic than shown in the above example.

Additionally, our experience shows that more phone calls and walk-ins increase when our customers increase the effectiveness of their Google Maps listing by asking happy customers for “Google Reviews”.  Our customers also help the effort when they make our recommended adjustments to their website, or to 3rd party websites which would compliment our optimization effort.

This is just one example of a method to calculate the ROI or benefit for “Google Maps”.  If you agree with the example above, then you probably also consider the management of your “Google Assets” a top priority.

PICS International Corporation
5.0
Based on 21 reviews
See all reviewsWrite a review

PICS International Corporation
4.7
Based on 3 reviews
See all reviewsWrite a review

Michelle McPike Morin
18:48 26 May 22
Scott and Dave have been great to work with in getting our webpage set up and helping us set up our Google My Business account. They have answered our questions and respond quickly to our 'how-to' requests. They are helping us learn to use the tools to grow our business for the future. Thank you, guys!

Sylvia Gordon
14:00 15 May 19
Fantastic service, creative and responsive. I’ve worked with them for ten years and highly recommend

Brian Howard
19:02 03 May 21
Dave did an excellent job building our company's website. He's attentive to our business' goals and quick to help with any problems that arise.

Luke James
19:53 25 Jul 18
Dave is an excellent resource... I use him for absolutely anything I have to do for my company on the web. He effectively moved my website (which he didn't build to the top of Google) and we saw some amazing results. We then decided it was time to update our web page after a few years and we had Dave design and launch our new website. He then effectively took that site to the front page of the search engines as well. I can't say enough on how important his role has been in our web presence (he is all of it) and helping our business to succeed.

Stacey Noss
02:49 30 Apr 15
I have used PICS to update my website, convert it to a format that is smart phone friendly and for search engine optimization. They are a great resource. Having both skills in marketing and internet/computers is an awesome combination that is not always easy to find and affordable. Especially on a limited/small business budget, PICS is a great asset to my business.

Susanna Sharples
18:31 23 Mar 20
Dave built our company’s website years ago and has been such a pleasure to work with. He always comes into the office with a smile on his face and tons of good ideas. PICS International does more than just make a website, they works with you to create something you are proud to show off, something that encompasses the uniqueness of your individual company. Dave manages to have a designers creativity and the strong work ethic of a coder.

Nicole Wright
16:09 06 Nov 19
Pics International has been nothing but timely, affordable, trustworthy and patient. Dave P. has worked diligently with us to establish the website we desired, which actually turned out to be above and beyond anything we really imagined. I will and do highly recommend Dave P. with Pics for any marketing and design projects.

Corbin Stout
13:31 07 May 19
Dave is great to work with and is always looking for new ways to make us more relevant on google searches.Highly recommended!

Michael Gough (JMG Products)
22:16 14 Jun 17
Excellent CompanyThis is the second website Dave PICS International has done for us, the company and staff are top notch in Website Design and Marketing. Dave is very informational and on top of the newest trends. If you want a website that is totally Responsive and SEO optimize with Online Marketing and Social Media Pics International is your one stop shop. Oh ya and their prices are very reasonable.

Katherine Schuetz
13:34 26 Apr 19
We have had nothing but excellent service from Dave and PICS International for years! Questions are answered quickly, issues always resolved above our satisfaction, and the expertise is priceless!

A Adams
13:31 29 May 15
This is a first-rate company. We run a small business and don't have the staff to handle our online marketing. Dave Philpott and his team take excellent care of us. They develop strategy and monitor results to maximize our advertising dollars.Highly recommend.

Mark Howard
18:43 03 May 21
Dave is great to work with at PICS International! Professional and super-responsive to my frequent questions and requests. I was hesitant to even do this new website project. But I am glad I did as they made it fairly painless and it keeps getting better!

Brandon Schultz
20:12 03 Nov 16
You cannot ask for a better partner on the web than PICS International. It is clear the PICS builds it reputation on knowledge, execution and service. You will receive more than you expect and results which will help you be the most competitive in your field. Each PICS project brings value to my business.

Eric Grabovsky
20:15 01 May 19
Dave Does a great job he’s been marketing Guru now for five years!Thank you for all the hard work!

Sylvia Gordon
02:57 30 May 19
The team at PICS has helped us for over ten years achieve our digital marketing goals. From web design and landing pages to videos and logos. They put us on the map with YouTube (and we were very reluctant to film but they insisted—and they were right!!). And they are a pleasure to work with.

Chuck Jordan
21:12 07 Apr 14
Our business was on a down hill slide about a year and a half ago as we were not familiar with the mechanics of internet advertising. We contacted Dave as he was highly recommended and he immediately went to work. Within a short period of time our business started to improve due to his efforts and the results were outstanding. Dave's expertise paid off and he soon had our company in a prime slot on Google. There were still a few rough spots which were attributed to our out dated web site. We then contracted Dave to create a totally new site and the results were stunning. Once completed, this again elevated us to even a better position on Google and our business has continued to increase every since. We can't thank Dave enough for his expertise, hard work, honesty and dedication in really digging in, finding our problems and solving them. We are now competing with the "big dogs" in our profession. He is a true professional and we, without hesitation, highly recommend both he and his company. Chuck Jordan, JORDAN & ASSOCIATES, LLC Licensed Private Investigator

Aaron wilson
02:01 27 Mar 19
Incredible team and operation ! The CEO is personal, creative and professional. Our business is growing because of our relationship with PICS INTL.

Charidy Clubbe
20:39 24 May 17
Dave and his staff are great! I dreaded the process of setting up a new website and knew nothing about how to go about advertising through Google Ad Words. They made the process so simple. I now have a beautiful website and with their help through managing my google ad words - we are generating at least one new lead a week!!

Daniel branisel
14:45 28 Jan 20
Pics International has been handling my company Clean Air Americas internet marketing and website development for the last 3 years and have done a great job...Dave and his staff are very informative and knowledgeable to the various website marketing and promotional techniques availableHighly recommend!!!
Next Reviews